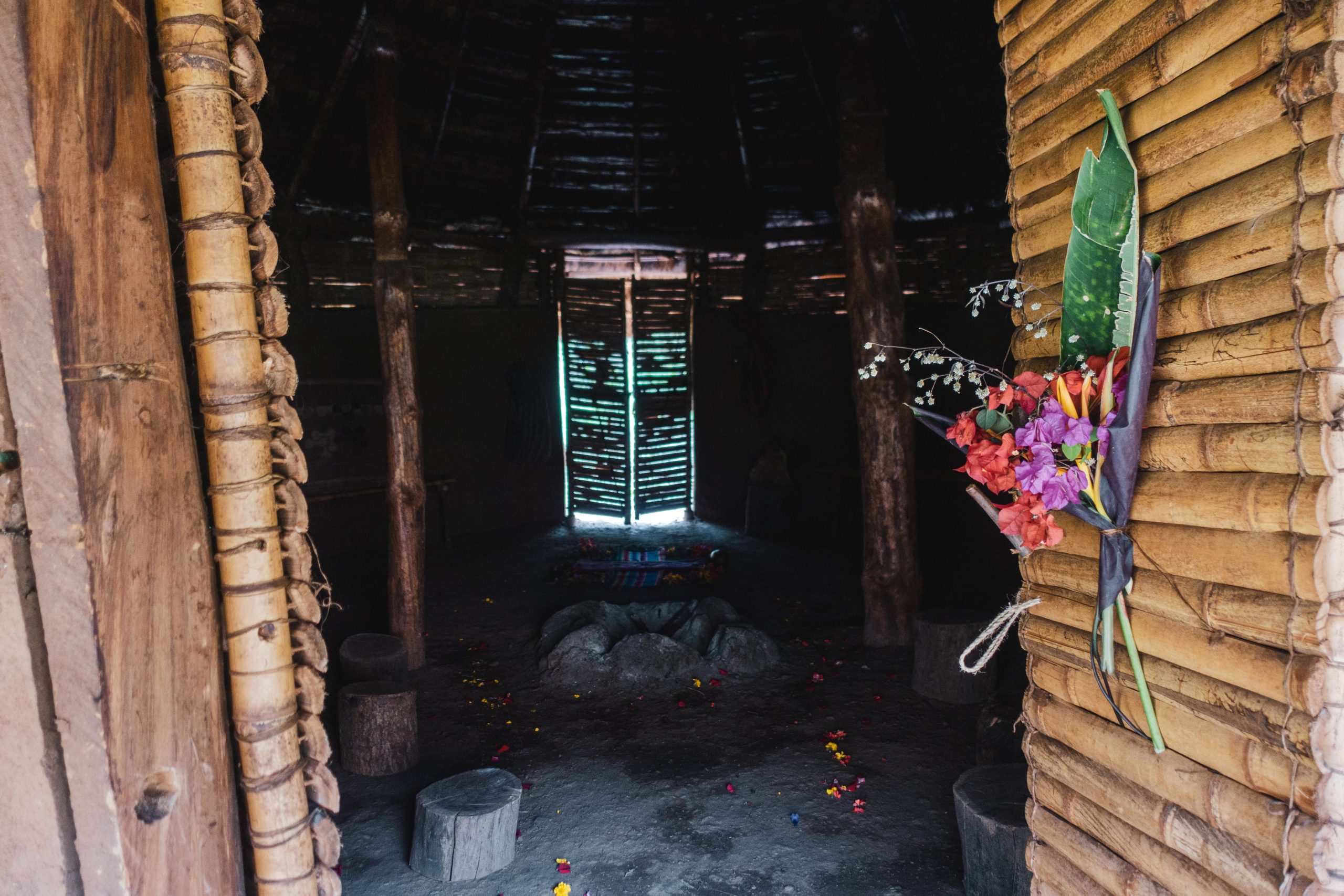 On September 21st we created a beautiful Equinox ceremony on our farm. Jose Calva and his wife Carmen, who are partners on our farm, designed and led the ceremony. Jose is from the indigenous Palta people and is deeply involved with keeping and restoring their indigenous roots. He last served as Palta president and he often performs ceremony with his people.

The Palta and probably most indigenous groups feel that they are the custodians of the land. Their DNA goes way back in connection to a particular region and the nature beings of that area. In fact when the Kogi mammos from Northern Colombia first came to our farm to help restore this ancient sacred site, they insisted that we had to work with the original indigenous people, the Palta.

On sacred occasions such as the Equinox and Solstice, Jose and Carmen lead us in a simple ceremony to thank Pachamama for her blessings.

To start the ceremony, we gathered outside our House of Original Thought, a gift from the Kogi tribe of Columbia. Carmen smudged us as we entered. We then made a circle around the fire and chakana, held hands and Jose led us with simple words of gratitude. We then each had the opportunity to say some words as we offered twigs of lavender to the Pachamama. Then Clem and Ricaurte, our two permanent volunteers, played music while we stood in silence for a few minutes.

We then gathered all the flowers and offered them to a small fire we had outside while we listened to the music.

A big part of our work at Finca Sagrada is learning to work with all the spirit beings that make life possible. Mainly we show gratitude by creating ceremony.

During the next few weeks, I will describe in more detail how we try to work in harmony with the elemental beings of the landscape.

Walter Moora is a life-long Biodynamic farmer, author and spiritual healer of the land, who has farmed biodynamically on four continents for more than forty years.
Part of his passion has been to honor and work with the unseen beings that make the natural world possible.